‘Standard English is as much a dialect as any other variety, though one to which society has given extra prestige’

How do we define our identity? During this period of national self-reflection the writer Ray French wrote In Praise of Dialect, which dealt with our rich and colourful British regional dialects. French argued that the voices we use to express ourselves are a central part of our identity, and if those voices are seen as less worthy then we feel demeaned. He was concerned that while American and Caribbean English were often seen as ‘exotic’, British regional dialects were not. In response to this, French was approached by Upright Gallery to submit a series of short texts to celebrate the dialects of the British Isles that could, in turn, be brought to life by artists Gen Harrison and Chris Sleath.

French’s sources range from overheard conversations on buses and trains, discussions with his Creative Writing students at Hull University, memories of his native South Wales to conversations with his Irish parents and relatives and with friends in Leeds, where he lives.

Gen Harrison and Chris Sleath have interpreted Ray French’s words using the medium of letterpress. The choice of letterpress is important as each wooden block of type is subtly individual. Over the course of time the maple type will be handled many times, worn down, chipped and distorted giving each letter its own identity. Each imprint has the mark of the human hand and no two prints are the same. There is a pleasure in the diversity of letterpress as there is in the diversity of dialect.

Gen Harrison is a purveyor of inky joy. Her passion for letterpress was ignited at Chelsea School of Art and further developed as the compositor/manager at Robert Smail’s Printing Works in the Borders. She now divides her time between getting her own ink on paper (under the typochondriacs imprint), and encouraging others to do the same, as a print technician at Edinburgh College of Art. She has recently completed the MA in Multidisciplinary Printmaking at UWE. Her practice has strong foundations in the medium of letterpress. She is interested in language, history, ‘ephemory’, and place.

Chris Sleath was inspired by the Edinburgh Printmakers to set up a small private press ‘Veloset Press’, which makes colourful prints with blends using his large collection of Victorian wood type and a 1970‘s Farley Press. His influences are theatre and circus playbill posters, folk art, paper ephemera, signwriting and the architecture of small shops. “Letterpress is a very tactile process. My studio is surrounded by letters, words, sentences and the combined history of wood type manufactured as far back as 1865. Printmaking is a very satisfying and immersive process which takes me in all sorts of interesting and unexpected directions. It is a very sociable endeavour. I am often asked where I come from and I can honestly say I don’t know. I use words and phrases from all over the UK and grew up surrounded by Europeans and Californians.”

Ray French writes fiction, memoir and essays. A central preoccupation is the experience of being torn between two cultures, as the London Irish poet Ian Duhig wrote, “If Irish immigrants’ children of my generation felt outsiders among the English, we were outsiders among the Irish too.” He believes that when we use the dialect we learnt at home before moving away to study or work and often adapting the way in which we speak to fit in or advance in our careers, our voice becomes freer and more emotionally rooted when we return to it.

His books include The Red Jag & other stories, All This Is Mine and Going Under. He is one of four male authors featured in Four Fathers, a collection of memoirs about having and being a father and is the co-editor of End Notes: Ten Stories About Loss, Mourning and Commemoration. Ray French’s latest book is I Wouldn’t Start From Here: The Second Generation Irish in Britain.

“Standard English is often used by the powerful to hide the truth, but people will always find ways to subvert this, and dialect is one of the best.” 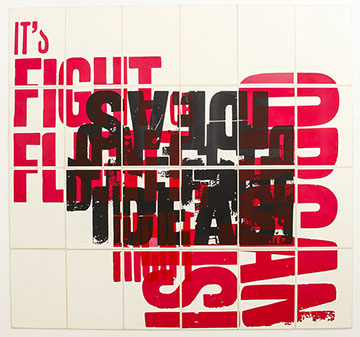 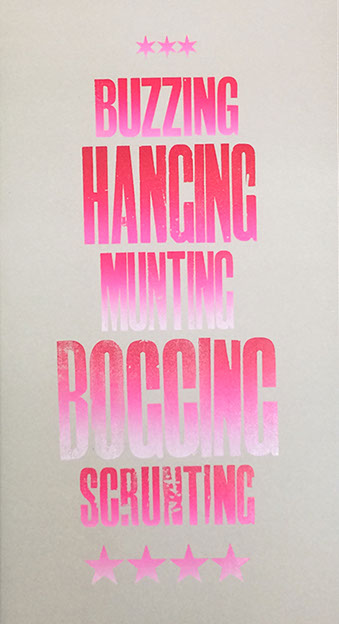 Zoë Irvine is an artist primarily working with sound, exploring voice, field recording and the relationship between sound and image. She is also a sound designer for moving image and a lecturer in sound for film and sound art.

Her artworks range from carefully crafted individual pieces for broadcast and  installation, to participative events. As a field recordist, Irvine has a particular love of soundscapes and composition in which distance, context and power relations become perceptible.

Full Doric Mode - a language or a dialect?

will be available to listen to at the gallery during the exhibition.